You owe taxes to the IRS and now the IRS has filed a tax lien, or what is called a Notice of Federal Tax Lien.  So what is a tax lien?  How will this lien impact you or your business?  The article and video below have been prepared by a tax attorney at The McGuire Law Firm to provide information regarding this issue.

When taxes are owed to the IRS, the IRS statutorily has the authority to file a Notice of Federal Tax Lien.  Generally the situation will play out as follows.  The taxpayer will file a tax return with a liability.  The IRS will issue a few notices requesting payment of the tax.  If the tax is not eventually paid, the IRS can file the tax lien, and usually the lien will be filed in the county where the taxpayer resides and counties where the taxpayer owns real property.  Ok, so we know why the IRS has filed the lien (because a tax debt exists) but what does this mean?

A lien differs from a levy in that a levy is an actual taking of property.  When the IRS files a bank levy or wage levy, they are taking your money or wages.  When the IRS files a lien, they are showing that they have an interest in the property.  This is similar to another creditor filing a lien when monies are owed.  You can think of the lien in some respects as the IRS perfecting their “security interest” in the tax debt owed.  If you own real property, the lien will show up on the title to your property.  Furthermore, the lien is a blanket lien meaning that it attaches to all assets you own.  An example may help.  Presume our good friend Jeff filed his 2012 1040 owing $120,000.  Jeff sold a lot of Google stock and flew to Paris, but forgot to account for capital gains tax!  The IRS issued notices to Jeff but Jeff was in Paris and did not respond or pay the debt.  Eventually the IRS filed a tax lien in Denver County where Jeff lives.  After a wonderful year in Paris, Jeff decides he wants to move to Paris, but will need to sell his house in Denver.  Jeff returns to Denver to put his house on the market.  Jeff’s house has a fair market value of $500,000 and Jeff owes $300,000 on the mortgage.  Jeff is excited to get his hands on $200,000 and get back to Paris.  However, Jeff is shocked when the check he receives at closing is not even $70,000!  Under the following example, the bank would be paid $300,000 then the IRS would be $120,000 leaving only $80,000 remaining without account for other fees.  Thus, the lien filed by the IRS established the IRS’ right or interest to Jeff’s property or at least to any equity in such property.

What other issues does a tax lien create?  After the lien has been filed, you cannot transfer, sell or dispose of property without accounting for the lien and the fair market value of the property.  Transferring any asset subject to the lien without the fair market value of such asset being paid to the IRS (unless there is another creditor with priority) is a fraudulent conveyance.  We will use another example to illustrate this point.  After Jeff only received $65,000 from selling his house, he decided he needed to open a business to make and save money for his return to Paris.  Jeff opened a pet grooming shop, and business was great until Jeff was sued because a cat drowned.  Jeff settled the suit but the lack of cash flow created by the settlement led to a 941 employment debt, with the IRS, and again, the IRS filed a tax lien against Jeff’s business We Clean Pets LLC.  The business had assets such as wash tubs and goodwill, and Jeff decided it was best to sell the business or the assets and just fly back to Paris and work at a bakery.  Jeff sold the assets to Harry, pocketed the cash and flew to Paris.  The sale of the assets alone would not create a fraudulent conveyance, but the fact that Jeff did not pay over the monies to the IRS would.  When a tax lien is filed, an asset can be sold or transferred, but the IRS must receive the fair market value.  Generally, a taxpayer will request a certificate of discharge (COD) of federal tax lien from the IRS.  When requesting a COD from the IRS, a taxpayer is showing the IRS that they are selling an asset and to whom, the fair market value of the asset and what is being paid.  The IRS will agree to “discharge” the lien from the asset when they receive the funds.  In short, the IRS will consider the transaction valid if they receive more or less what they would have received if they seized the asset and sold the asset.

If the IRS has filed a tax lien in regards to a tax debt you owe, you should consider speaking with a tax attorney to help resolve the matter.  If the tax debt is satisfied, (or often when you settle the debt) the IRS will release the tax lien.  You can speak with a Denver tax attorney at The McGuire Law Firm to discuss tax lien issues or other tax matters.  A free consultation is offered to all potential clients. 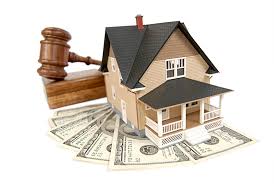 Denver Business Lawyer Discusses a Disregarded Entity
I Do Not Have a W2 by Denver Tax Lawyer
Denver Small Business Attorney Article: Does a DRO in an LLC Shift the Risk of Economic Loss?
Exemptions Discussed by Tax Attorney
Form 8606
Denver IRS Tax Attorney