As a long time business owner of two real estate businesses, I found myself owing a large amount of money to the IRS.  Through research on reputable firms, I found John.  With John’s help, I was able to move past poor decision making between myself and my previous accountant and work toward a resolution that I could manage.  Because of my positive results so far, I will be working with Mr. McGuire and The McGuire Law Firm to restructure my companies to eliminate costly taxation and get my cash flow back on track.  Thanks John, for the personal attention and for working with my situation.

A “resolution” indicates that a problem or dispute has been resolved, or is being resolved.  Thus, in my opinion, an IRS tax resolution is when an IRS problem or dispute such as a tax audit or tax debt is resolved.  In terms of a tax debt, this debt could be resolved with an IRS payment plan (IRS installment agreement), an offer in compromise, having the debt placed in a currently non-collectible status and/or with a penalty abatement.  In terms of a tax audit, such resolution could be working with the auditor and receiving a no change letter, which means the IRS does not plan to assess additional tax for the tax period.  Further, a resolution to an audit could come in the form of successfully negotiating with the auditor regarding an item or items, or in regards to a specific section of the Internal Revenue Code or Treasury Regulations and the application of such law.

An IRS tax resolution could also come in the form of preparing tax returns.  Perhaps the IRS filed a substitute return for a taxpayer, and filing an actual & correct tax return will resolve the matter.  Furthermore, a resolution could come about through requesting innocent spouse relief or equitable relief depending upon the taxpayer’s circumstances.  If you have a tax matter before the IRS, contact a Denver tax attorney at The McGuire Law Firm.  Please view the video below for additional information.

Call The McGuire Law Firm and schedule a free consultation with a tax attorney in Denver, Colorado or Golden, Colorado.

What is IRS debt relief?  I have heard many people and/or companies refer to IRS help or IRS representation as IRS debt relief when an individual or a business owes taxes to the Internal Revenue Service.  I think that “IRS debt relief” focuses on resolving an outstanding tax debt to the IRS and/or lowering an outstanding tax debt to the IRS.  Thus, below I will provide some situations and examples for clarification based upon my subjective definition and understanding of the term.

I feel that a successful offer in compromise, which many people refer to as a tax settlement would definitely constitute IRS debt relief.  First and foremost, you are resolving the IRS tax debt, and paying a lesser amount than the total tax due to resolve the debt.

Formalizing a partial payment installment agreement (PPIA) with the IRS could be considered IRS debt relief for the same reasons as stated above and could also be considered IRS debt relief in respect to saving money.  A partial payment installment agreement is established when based off of the taxpayer’s current financial circumstances they could make a monthly payment, but given the amount of the tax debt, the amount of the monthly payment and the remaining collection statute the tax debt would not be satisfied if the taxpayer made the monthly payments for the remainder of the collection statute.  For example, we will assume that Jeff owes $43,000 to the IRS and the IRS has 50 months remaining to collect on the debt.  Based off of Jeff’s 433A (financial statement) Jeff can only pay $250 per month to the IRS.  Thus, if Jeff were to pay $250 per month for 50 months, Jeff would have only paid $12,500 of the $43,000 tax debt, and of course, penalty and interest would continue to accrue on the debt until paid.  Thus, Jeff’s ability to pay is not an amount that will satisfy the current liability.  Thus a partial payment installment agreement can be considered IRS debt relief due to the fact it is a resolution to the tax matter and it may be a tax savings because the total amount of the tax debt is not paid.  My only concern with this type of relief is, typically, the IRS can and will request an updated financial statement every two years and if your ability to pay has increased, then so will your monthly payments.  Thus, your obligation to the IRS may increase and you may not save money on the tax bill, and may end up spending more because of the penalty and interest that (or is) has been accruing.  Moreover, given the current regulations regarding an offer in compromise, I generally find that most taxpayers that would qualify for a partial payment installment agreement would also qualify for an offer in compromise and thus should likely submit an offer in compromise.  I feel that an offer in compromise is typically a much better resolution to an IRS debt than a partial payment installment agreement because of the finality to the tax problem and debt.  With an offer in compromise, you pay the agreed upon amount, stay in compliance and the tax debt has been resolved.  Whereas, with a partial payment installment agreement the IRS can come back every two years and if your ability to pay has increased, the IRS will request more money be paid, and you may end up satisfying the entire tax debt, and paying a large amount of penalty and interest.

A successful abatement of tax penalties should constitute IRS debt relief because you are lowering the overall liability when the IRS agrees to waive all or a portion of the tax penalty.  However, unless the tax penalties make up all of the debt, the penalty abatement alone will not completely resolve the tax debt and you likely will need to pay the remaining tax and interest due via a lump sum or installments.  Thus, the penalty abatement can save you money, but likely will not resolve the entire problem.  If the taxpayer is not a candidate for an offer in compromise, I feel a good resolution can be to satisfy the tax debt through installment payments while working towards the abatement or waiver of the penalties.  Thus, you are resolving the debt by making payments and hopefully lowering the tax debt with a successful penalty abatement.

IRS debt relief may come in other forms as well, such as innocent or injured spouse relief, successful protest of the trust fund recovery penalty, successful outcome in US Tax Court and via other means.  A Denver tax attorney at The McGuire Law Firm can discuss your options regarding resolving your IRS tax debts or IRS problems. 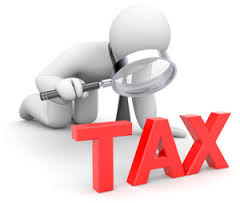 Schedule a free consultation with a tax attorney at The McGuire Law Firm in Denver or Golden, Colorado!

A tax lawyer at The McGuire Law Firm can assist you with your tax questions and issues.  From IRS problems to individual & business tax planning, a tax lawyer can help you.  The video below discusses IRS Form 433A, which is a collection information statement for individuals.  If the IRS has requested you complete this form, it is recommend you speak with a tax attorney or tax professional.

Contact The McGuire Law Firm to schedule your free consultation with a Denver tax lawyer to discuss your tax questions & issues.  Offices in Denver and Golden Colorado.

One option to “resolve” an IRS tax debt is to have the debt placed in a “Currently Non-Collectible” status.  As a Denver tax attorney, John McGuire 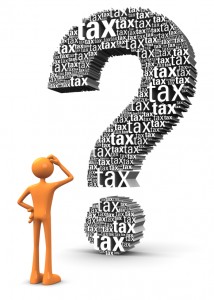 has placed many IRS tax debts in a currently non-collectible status.  The reason “resolve” is placed in parenthesis above will be better explained by the article below drafted by a Denver tax attorney at The McGuire Law Firm.

–          IRS will not actively collect while your tax liability is in non-collectible status, thus you do not have to fear IRS bank levies, wage garnishments or the seizure of assets.

–          It is possible that the collection statute could expire while you are in this status and thus the IRS could no longer legally collect on the tax debt.

–          Because the statute continues to run, you may be able to use this time in non collectible status to place the debts in a position time wise whereby they could be discharged in a Chapter 7 bankruptcy, which could be part of an overall plan.

–          Penalty and interest continue to accrue on the tax debt while you are in non collectible status.  Thus, if your circumstances change and two years down the road you can pay the debt, the debt will have increased due to the accrual of penalty and interest.

–          Many tax attorneys and taxpayers feel that this status is temporary and therefore does not provide the overall mental relief they are seeking to know the tax debt is fully resolved.

–         Generally, given the new IRS regulations from May of 2012 that impact the calculation of an offer in compromise, if you are in a position to have the IRS place your liabilities in an non collectible status, you are likely also in a position to settle your tax debt through the IRS offer in compromise program. Thus, if your liabilities are only in a non-collectible status, you may be doing yourself a disservice by not trying to settle the tax debt now and fully close out the issue.

An experienced Denver tax attorney at The McGuire Law Firm can help resolve your IRS debts, problems or other issues.  Further, a tax attorney can assist you to prevent IRS problems in the future.

Contact a Denver tax attorney at The McGuire Law Firm and schedule your free consultation.