How do businesses merge, or how does one business acquire another business?  Maybe you have read of mergers and acquisitions in the Wall Street Journal, or maybe you hear about them on the news.  But, how do these mergers or acquisitions actually occur internally in terms of corporate ownership?  There are multiple ways for one corporation to acquire another corporation or for entities to merge.  One very common form of merger is the Stock Swap Statutory Merger.  From a tax perspective, this is a tax free merger and commonly referred to as an “A Reorganization.”

Through this type of merger, Corporation S shareholders have their stock cancelled and they receive consideration in the form of Corporation J shares.  Thus, this is a stock for stock merger, or a stock swap merger.  Corporation J will absorb the assets and liabilities of Corporation S as a matter of law (this is a statutory merger, and you must think about successor liability issues).

In short, you can consider the transaction to have three stages, which will be stated below and significantly simplified:

Stage 1: The shareholders of Corporation J and Corporation S will need to vote and ratify the merger.

The above merger is an example of only one type of merger.  To speak with a Denver business attorney or tax attorney, please contact The McGuire Law Firm. 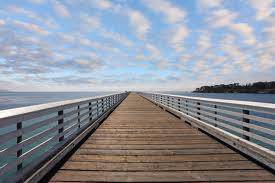