What is the effect of an individual’s residency and the application of estate taxes?  This may be an issue that does not apply to you or your clients because you or your client is a citizen of the United States and thus the law is relatively clear that tax on the individual’s estate is subject to world-wide reach.  Once it is clear that your or your client is not a United Stated citizen a determination must be made upon residency, which will impact the reach of the Internal Revenue Code in regards to estate tax.

If based upon the facts and circumstances an individual is a resident of the United States for transfer tax purposes then the Internal Revenue Code will reach the world-wide assets of such individual’s assets regarding the transfer of such property regardless of where the property, properties or assets are located.  Furthermore, the individual will want to consider the application of the transfer tax laws of the state they are a resident in, or own property.

Thus, we have narrowed (somewhat) our issue to defining what is domicile?  Generally, a person will acquire domicile in a place they are living (even for a brief period of time) given there is no present intention of leaving or removing themselves from the present location.  Thus, you could say domicile (at least for adults) could be established by physical presence in a place or location that is connected with the individual’s intent to remain in that location.  Generally, a child will take the domicile of their parent(s).  An individual will initially be considered domiciled where they are born and this domicile will continue until it is show to change.  Thus domicile may boil down to presence and intent.  Presence may be easier to prove and demonstrate than intent, as intent is inherently more subjective or likely to be so.

The above article was drafted by John McGuire.  John is a tax attorney and business attorney at The McGuire Law Firm focusing his practice on matters before the IRS, individual & business income tax matters and business transactions from formation and contracts to negotiations and the sale of business assets or interests. 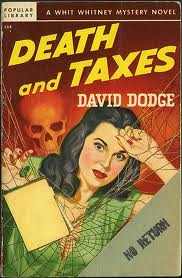