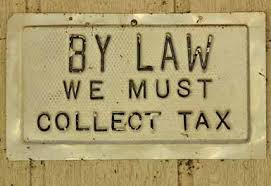 As a Denver tax attorney, John McGuire works with clients to ensure their compliance with the Foreign Account Tax Compliance Act.  The article below outlines compliance issues and considerations.

The Foreign Account Tax Compliance Act and related provisions became law in 2010.  The act targets United States taxpayer who may be using foreign accounts and not reporting income or gain from these foreign accounts and therefore not complying with the Internal Revenue Code.  Under the Internal Revenue Code and federal law, United State citizens are taxed on world-wide income.  Although, credits exist from foreign earned income, all income must be properly reported and accounted for on the 1040 Individual Income Tax Return.

Individual taxpayers must report foreign accounts and other offshore assets on Form 8938, and attach Form 8938 to their 1040 Individual Income Tax Return.  If a taxpayer’s total foreign assets are below a threshold, the individual does not need to file Form 8938.  If an individual’s value of foreign assets is $50,000 or less at the end of the tax year, and never exceeded $75,000 during the tax year, the individual does not have to file Form 8938.  This threshold may be higher for individuals who live outside the United States, and the threshold can change depending upon a taxpayer’s filing status.  It is important to note that the reporting requirement for Form 8938 is different than the reporting requirement to comply with the FBAR rules (Report of Foreign Bank and Financial Accounts).  The Internal Revenue Service is also expecting to issue regulations that would require an entity holding foreign financial assets above the threshold to file Form 8938.  However, until these regulations are issued by the Internal Revenue Service, the reporting requirement under Form 8938 only applies to individuals.

The Internal Revenue Service has initiated voluntary disclosure programs for individuals to disclose foreign assets and accounts, whereby the penalties that can be assessed to the individual are significantly lessened.

Contact The McGuire Law Firm to discuss FATCA issues with a tax attorney.