Ok, so now that we have a better idea as to what would be considered intangible property, how is the sale of intangible property taxed?  The gain or loss on the sale of intangible property that has been held longer than one year, and that has been amortized or depreciated (and not treated as ordinary income via recapture rules) is considered a Section 1231 gain or loss, which has or will be discussed on other articles.  Thus, the remaining portion of this article focuses on 197 intangibles.  A Section 197 intangible would be certain intangible assets held for the conduct of business or a trade (or any activity operated for a profit) of which the costs are amortized over a fifteen year term.  Such assets would include: trademarks, trade names, goodwill, franchises, covenants not to compete when executed with the connection of a business acquisition, patents, copyrights, designs & knows (and similar items or processes), going concern value, customer or supplied based intangibles and licenses, permits or other rights granted by a government agency.

When disposing of such an intangible, it is important to note that a loss cannot be deducted from the disposition of the intangible you acquired in the same transaction, or through a series of transactions, as another Section 197 intangible you still have. You would increase the adjusted basis of the 197 intangible that you still retain, and if you retain more than one each intangible’s adjusted basis would be increased on a pro rata basis.  Furthermore, it is interesting, and important for a business purchaser to understand that a covenant not to compete, or similar type of agreement that would be considered a Section 197 intangible, cannot be treated as worthless or disposed of until the entire interest in the trade or business has been disposed of, that  was the basis or reason for entering into the covenant not to compete. 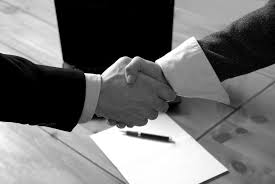