Amount Realized of $4,000 less Adjusted Basis of $3,000= $1,000 gain from the inventory and thus ordinary income based upon the collapsible sale rule.

In applying the collapsible sale rule is it possible for the selling partner to report both ordinary income and a capital loss?  Yes, this can occur.  Consider a situation in which the partnership has inventory with a fair market value higher than the adjusted basis and investments with a fair market value lower than the adjusted basis.  To make this easier, we will look at an example with numbers.  Assume Jeff has a $5,000 adjusted basis in his partnership interest and will sell this interest to Locksley for $5,500.  The assets of the partnership are as follows:

From the sale of his interest, Jeff will realize $2,000 from the sale of inventory and with an adjusted basis of $1,000 in the inventory report $1,000 of ordinary income.  Jeff’s remaining adjusted basis is $4,000 but the remaining amount realized is $3,500.  Thus, Jeff would have a loss of $500, which would be a capital loss because the loss was realized through the disposition of Jeff’s remaining partnership assets, which would be considered a capital loss.  Jeff would realize both ordinary income and a capital loss through the sale of his partnership interest. 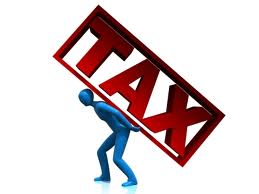 Denver IRS Bank Levy
Trust Fund Recovery Penalty by Denver Tax Attorney
Denver Tax Attorney on IRS Installment Agreements
Can I Plead The 5th Amendment Before the IRS
What is a Sole Proprietorship?
Liability Relief and Liquidating Distributions From a Partnership

Why Family Matters What is a Collection Due Process Hearing?
Scroll to top