Often times a payment or payments to S corporation shareholders will be booked or accounted for as a loan to shareholder.  Sometimes this is purposefully, other times, it may be due to lack of options.  These loans can be advantageous with the proper planning and/or under certain circumstances, but they can also create and lead to unintended and disadvantageous tax consequences.

Given the above, what can be done in an attempt to prevent payments or disbursements to a shareholder from being treated as distribution, but rather a loan to the shareholder?  Generally speaking, the key is proving intent, that the disbursements were intended to be a loan or loans.  Below is a list of the issues and factors a court would likely consider when making a determination of whether or not a shareholder loan was in fact created.

Of all the above issues & factors, perhaps the most important is whether or not the shareholder was actually repaying the loan.  Courts have determined a loan existed even without documentation and promissory notes given the shareholder was making payments.

The above article has been prepared by John McGuire of The McGuire Law Firm for informational purposes.  John focuses his practice on tax matters before the IRS, advising individual & business clients on tax planning and tax related issues and business transactions from business formation and contracts to the sale of a business or business interest. 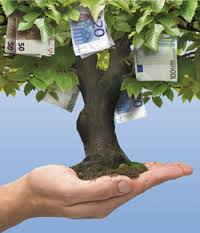