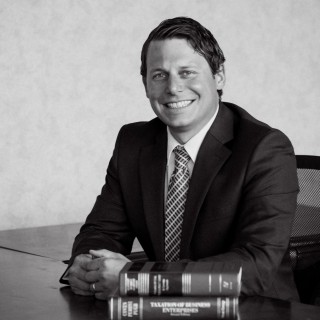 Since joining the Colorado Bar, John has helped his clients with a wide range of issues. His work involves a variety of business transactions, including the formation and sale of business entities, expansion of business operations overseas, disposition and transfer of business assets and interests, and other ongoing transactions as needed by clients.

Additionally, John has helped his clients with their estate planning issues preparing wills and trusts to transfer wealth and assets. As a Denver tax attorney, John has represented hundreds of businesses and individuals before the Internal Revenue Service to resolve audits, tax liabilities and other tax controversies.

John was born in Columbus, Ohio. He graduated from Indiana University in Bloomington, Indiana Magna Cum Laude and belonged to the Phi Beta Kappa National Honorary Society.  After moving to Colorado, John attended the Denver University College of Law and graduated in 2004.  John went back to school to obtain a specialized degree in taxation while working full time, graduating from the University of Denver Graduate Tax Program with an LL.M. in Taxation.  While a student in the LL.M. tax program, John focused primarily on tax issues before the IRS, corporate & partnership transactions and estate & gift planning.  John received the Schramm Scholarship and Graduate Tax Program Scholarship, and worked in the low income tax clinic while attending the graduate tax program.  John is licensed in the state of Colorado, Colorado Federal District Court and to practice before the United States Tax Court.

John also participated in the American Bar Association’s LL.M. Student Tax Challenge. He and his partner’s paper regarding the transfer of cash and business assets between foreign controlled corporations anonymously was chosen as one of four national finalists. As a national finalist, they traveled to San Diego, California to present before some of the most well-known tax professionals in the country at the ABA Tax Section Semi-Annual Conference.